Personal Information:  Edward D. Roche was born in Morris, located in Grenville County, Ontario on February 9th, 1890 to James and Catherine Roche.  The Roche family moved to Merrickville, Ontario where they worked as farmers.  At the time of enlistment, Edward stood at 5 feet 9 ½ inches tall with dark hair, hazel eyes and dark complexion.  He was 26 years old when he enlisted.  He was single and Catholic.[i] 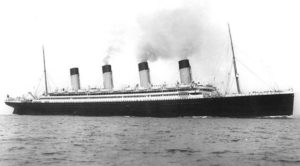 Roche sailed from Halifax, Canada aboard the S.S. Olympic[ii] and arrived in Liverpool, England on November 20th.  The S.S. Olympic is the sister ship to the Titanic.  Roche would train with the 222nd Battalion until he was transferred to the 19th Reserve Battalion when he arrived Shornecliffe training camp in England. On March 14, 1917, Private Roche was transferred to the 18th Machine Gun Company and began his training at Witley Camp for one week.  Then on May 23, 1917, Roche proceeded overseas to the frontline of France with the 5th Canadian infantry battalion.  Private Roche would remain with the 5th Battalion until he was declared “missing in action” on 15-16 August 1917 at the Battle of Hill 70.  He was officially declared “killed in action” the next day.[iii]

Medical Records:  According to the service records of Private Edward D. Roche he suffered from varicose veins on his right ankle but was deemed fit for service.  At no point during his military career was he admitted to a hospital or casualty clearing station until he was missing in action at Hill 70.[iv]

Final Days:  According to the official history of the Canadian Expeditionary Force, on 15th August the 5th Battalion was on the front lines on the northern outskirts of the city of Lens.  The objective of the 5th Battalion was to advance over the open terrain to a fixed German trench system.[v]  The battalion would take the German front line which was about 150 yards from their jumping off point and then  move onto the next German defense line (code named Blue line) just to the south of Hill 70.  The war diary of the 5th infantry battalion states that on the morning of the 15th the plan for the Canadian forces was to push the Germans out of the city of Lens by taking the high ground north of Lens known as Hill 70.  The goal of the 5th battalion was to push the Germans that were positioned to the south of Hill 70 out of their trenches and push them back about 1000 yards.[vi]  The attack would be coordinated with the artillery in four distinct waves of creeping barrage to protect the soldiers.  However, confronting the Canadian soldiers was the knowledge that machine guns had been massed against them as well as heavy use of poison gas shells being fired by the Germans.[vii]  As well, the Canadians were constantly harassed by German snipers.

At 4:25am sharp the Canadian artillery began its barrage.  The man advanced behind the creeping artillery shells and took the first objective without suffering many casualties.  However, as the men continued their advance they were cut into by heavy machine gun fire and trench mortar shells but advance they did until they reached their final objective consolidating the newly taken trench.  The Germans continued to shell the trench but the 5th Battalion held its position.  For the 5th Battalion the morning had brought success but at a cost of 220 men.  One of those men was Private Edward D. Roche from Merrickville, Ontario.

Lest We Forget:  Private Edward Roche left everything to his mother Mrs. Catherine Roche including his British War Medal, Victory Medal and the Memorial Cross.  The plaque and scroll were sent to his father Mr. James Roche.  Sadly, for the family, Edward’s body was never recovered from the battlefield and body remains in the fields and debris of the city of Lens.  He is commemorated at the Vimy memorial in Pas de Calais region of France.[viii]

[ii] Image of the S.S. Olympic accessed at: https://rmstitanichotel.co.uk/history/rms-olympic/